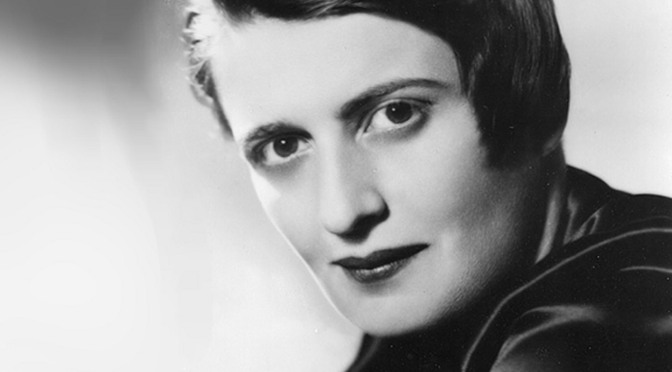 This article was originally published at FEE.org.

Ayn Rand’s monograph “Textbook of Americanism,” now published on FEE.org, is virtually unknown. Written during a decisive turning point in history, it was delivered by Rand personally to FEE’s founder Leonard Read in 1946. The monograph represents Rand’s desire to draw stark lines between an emerging postwar collectivism and the individualism she believed built America. She joined others in pointing out that collectivism had wrought the horrors the world had just endured.

“Textbook of Americanism” also represents her worldview as it came to be shaped by her childhood experiences with communism, her early love of film as a means of artistic expression, and her perceptions about the future of freedom.

As a young student in Russia at the dawn of the Bolshevik takeover, at a small theater for silent films, Rand caught her first glimpse of the New York skyline. The silhouette burned in her mind, a symbol of creative passion and unbounded achievement, outlining the edges of her growing philosophy of individualism.